On January 9th, 2020, the international environment campaigning group Greenpeace, together with the North China Electric Power University, released Clean Cloud 2020: Tracking Renewable Energy Use in China’s Tech Industry. Chindata Group topped the list with a score of 80 out of 100, showing that its efforts in sustainability development has gained recognition by third party organizations. It is reported that all 15 companies on the list are cloud companies and independent data center operators, accounting for 70% of China's public cloud market and over 85% of China’s independent data center market. 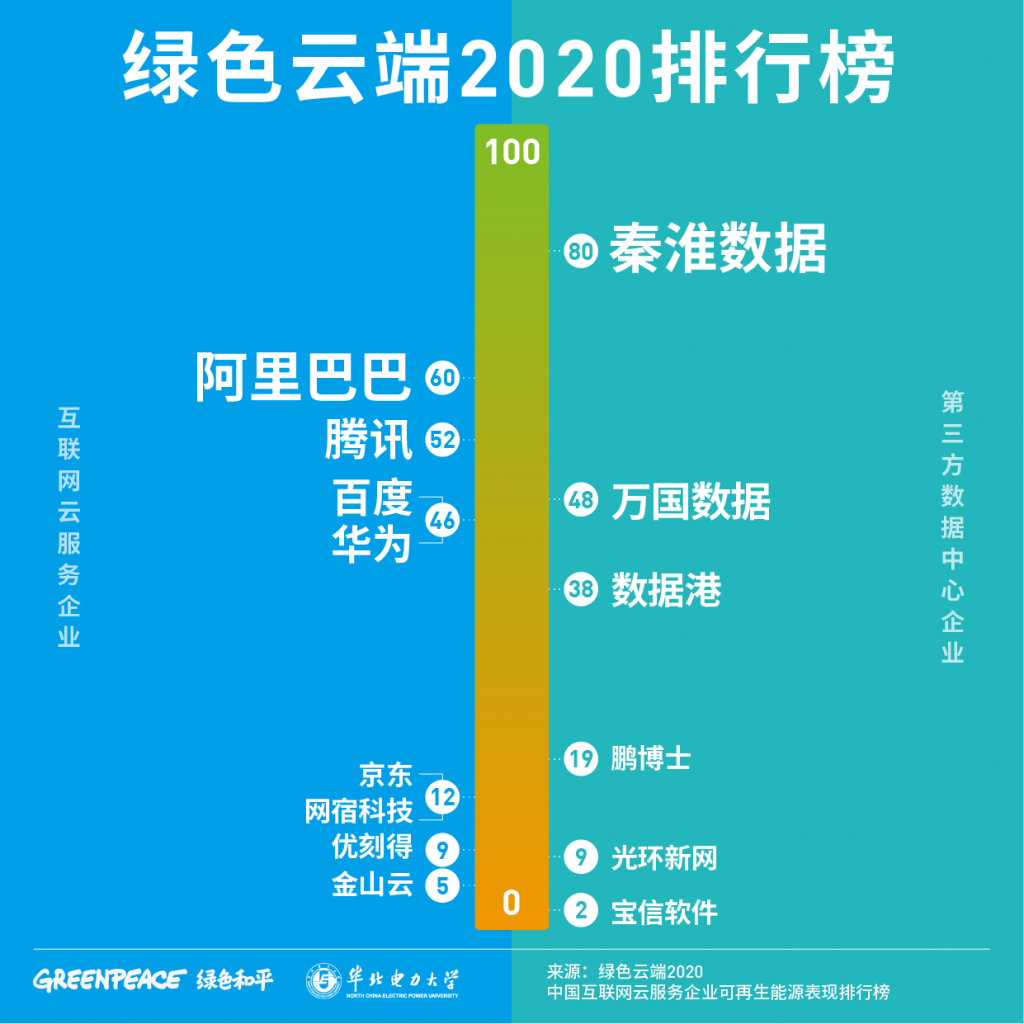 Alex Ju, Founder and CEO of Chindata Group pointed out, “It is more than delighted to see that the industry has endorsed what Chindata Group has done in recent years. We are committed to transition to a 100% renewable energy company and continue to take a lead in renewable energy usage, energy efficiency and carbon reduction in the whole industry.”

The rate of data growth is staggering due to rapid increase in 5G technology, big data, cloud computing, AI and IoT. According to a joint report by Greenpeace and the North China Electric Power University, cloud data centers in China consumed 160.889 terawatt-hours, equivalent to all of Shanghai consumed in 2018.

Chindata Group set a target for 100% adopting renewable energy in December 2019. “It is a milestone for Chinese tech industry to reduce its reliance on fossil fuels since Chindata Group has become the first tech company in China to make 100% renewable energy pledge.” Zhang Wenquan, Greenpeace East Asia climate and energy campaigner stated.

In the future, Chindata Group will build a roadmap and find innovative methods to achieve its goal of 100% sourcing sustainable energy. It will actively procure clean energy and work hard to promote digital economy ecosystem with a combination of clean energy and data infrastructure, making its own contribution to building a harmonious society that is eco-friendly and prosperous.

In the field of climate change and energy, Greenpeace has been advocating mitigating the serious effects of climate change by three ways, namely reducing the consumption of dirty energy, increasing renewable energy usage and improving energy efficiency. As early as 2009, Greenpeace released a series of Clean Cloud Report to evaluate the energy consumption and clean energy usage in the global digital economy industry, which have grabbed widespread attention. Clean Cloud 2020 is the first report by Greenpeace that mainly assesses Chinese cloud companies and independent data center providers.